6 Reasons Your Expenses May Rise During Retirement

People base their retirement plans on projections of their future spending after their prime working years. According to conventional thinking, spending drops once you retire, yet that assumption can be risky.

Nicholle M. Overkamp, founder of PowHERHouse Money Coaching, said: “As a retirement planning specialist, I witness time and time again the incorrect assumptions made that people will spend less in retirement when in fact they spend the same or more.

“We see more commonly people are spending at least the same as they did when they were working,” she added. “Through our expertise and over a decade of retirement planning. Contrary to popular opinion, spending less is less common. 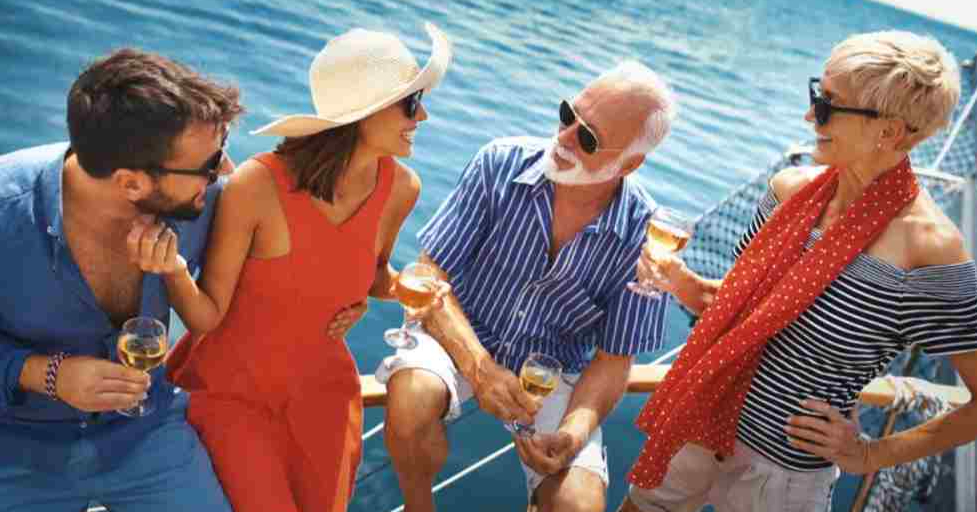 Before assuming that life will be cheaper once you quit your career, take into account the following while creating a retirement plan for yourself or someone you care about.

You’ll have a lot more time to spend money and live your life.

It’s excellent that people are living longer and having greater health in their later years, but it can also be costly.

Women, in particular, are retiring while they are still young, healthy, and eager to remain active, according to Overkamp. They have a lot more free time than they did when they were working, and they frequently utilise it to travel, spend more time with friends and family, volunteer for charities, and attend events, all of which result in increased spending.

The cost of your healthcare rises as you get older

Regardless of how long you live, as you get older, you’ll unavoidably spend more time at the doctor’s office, and doctors aren’t cheap.

According to Gregory Ricks, founder and CEO of the retirement planning company Gregory Ricks & Associates, retirees will spend more on medical bills in retirement than they did throughout their working lives as their bodies age. If people don’t make adequate financial plans, medical expenses can result in bankruptcy in retirement. The cost of healthcare will continue to climb as medical technology develops and medical workers demand higher salaries. Medicare premiums are also on the rise.

As houses age, they require expensive repairs, just like people.

The fact that mortgages are frequently paid off by the time people’s careers are winding down is one of the reasons people expect they would spend less in retirement. But they must to keep in mind that older residences are frequently more expensive.

Your housing is an additional expense, according to Damian Dunn, CFP and vice president of guidance at Your Money Line. When you retire, will you continue to live there? Your “permanent home” has matured in the same way that you have. When your income has decreased, your home may be nearing the point when costly repairs are necessary. This is especially true if you’ve put off paying maintenance in the past. Also, would you need to make any house improvements so you may age securely and comfortably where you are now?

Utility costs can increase as you age.

The Economic Policy Institute reports that older workers are the least likely to work remotely, therefore the majority of people who are retiring today have spent their working days on construction sites. The water, electricity, heat, air conditioning, and television were all switched off at home while they were out at work.

Retirement travellers are advised to expect that to change once their days of producing an income are over, according to Kathleen Peddicord, the publication’s founding publisher and author of Live and Invest Overseas.

Your utility bills will probably rise now that you spend the day at home rather than at work, she said.

You’ll Be Charged for Tasks You Once Performed Yourself

As you age, physical labour becomes more difficult, including raking leaves, shovelling snow, cleaning gutters, and other such tasks. Many retirees eventually find themselves unable to complete their tasks on their own and must pay someone else to do it.

According to John Castro, a registered chartered accountant and the owner of JMC Accountants, “retirees frequently find themselves spending more on domestic expenses, such as cleaning and household help, in addition to the rising cost of electricity bills.” “These costs seem to increase as you age, especially once you reach the age of 75,”

Children Who Are Older Than You Can Jam the Gears

It’s an outdated notion to believe that you are only responsible for your children until they become 18 years old. Children today frequently follow their parents into retirement, along with their financial demands.

According to Steve Sexton, financial advisor and CEO of Sexton Advisory Group, “a person’s expenses might increase because of children who need financial support, whether due to the current economy, being in debt, or having an unexpected medical emergency, which I frequently see among many of my clients.” Similar to this, if a person’s adult children or other family members move to a city or state that needs extensive travel and they want to visit them frequently, their retirement expenses may also increase. One’s retirement budget usually doesn’t account for these kinds of unforeseen expenses.

A Retiree Guide to Airbnb Hosting