Can a Fixer-Upper Home Really Save You Money?

According to a recent StorageCafe.com research, fixer-upper homes are 32% less expensive than turnkey properties countrywide. However, like with any real estate transaction, prices vary greatly depending on the location or region. For example, in Austin, Texas, you could acquire two turnkey homes that require no repairs or improvements for the price of one fixer-upper in San Jose, California. 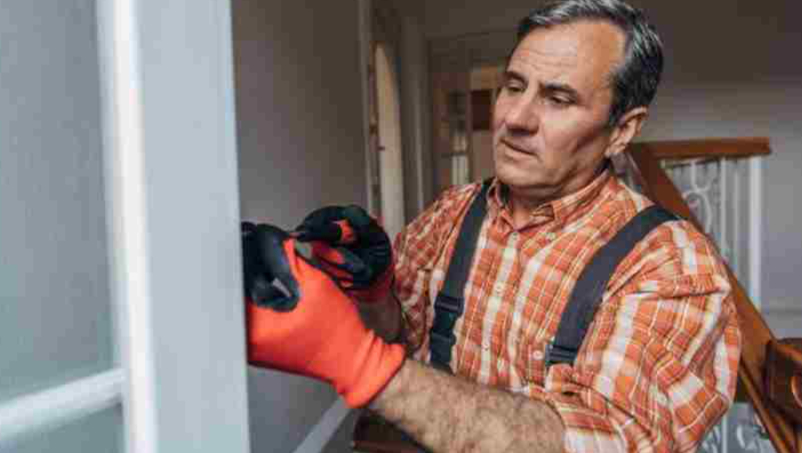 But when is a fixer-upper a bargain and when is it a money pit?

Before buying a fixer-upper, make sure the house has a solid structural base, modern electricity and plumbing systems, and a newer roof. If necessary, these changes might be difficult and costly. Similarly, you should check for mould, insect or rodent infestations, and cracks in interior walls.

“Try to avoid buildings with underlying structural difficulties, including foundation, plumbing, or electrical issues,” advises Nate Johnson of the property search site NeighborWho. These kinds of problems will need to be addressed, which could result in significant repair expenditures. They also don’t offer much market value, according to Johnson.

“Good bones are often just a sense you get when you walk through the house,” he observes.

However, there are several things to keep in mind. “Good-bones homes feature big rooms and high ceilings, making them seem roomy rather than confined.” Large windows that let in lots of natural light are an added bonus. Before looking at properties, it’s critical to understand the common building methods and materials utilised in your selected investing area,” he says.

When searching at fixer-upper homes, a professional inspection can help you save time and money – as well as prevent you from making a wrong selection. “I recommend touring through the property with an expert house inspector, particularly one who is familiar with construction techniques in your market,” Johnson adds.

You might believe that getting repair estimates should begin after you’ve closed on the transaction. However, Chris Jones, a Key Realty Columbus real estate agent and owner of CMJones Homes, LLC, advises visiting the home with a general contractor before making an offer.

“Explain what you are looking for in detail and request a quote or estimate with the various line items separated out,” Jones advises. “This will give you an estimate of the repair costs you can expect if you don’t want to handle any of the work yourself.” You can always handle some of the work yourself and hire a contractor to do the rest, but it’s a good idea to start with high-end repair quotes.”

After you’ve gotten your estimates, you’ll need to perform the arithmetic to see if the house is a good buy. “As a general guideline, many investors and house flippers do not allow their overall spending to surpass 70% of the home’s after-repair worth,” Jones explains.

He gives the example of a $100,000 home that has been entirely repaired and is ready for resale. “The overall cost of the rehab, including the purchase price, repair charges, and holding fees, should not exceed $70,000,” he says. If you wanted to sell, or even perform a cash-out refinance based on the home’s appraised worth after rehab, you’d make $30,000 profit.

Jones recommends speaking with local real estate agents, browsing websites like Zillow to see what similar homes in the neighbourhood have previously sold for, and attending open houses for turnkey properties in the area to determine the resale potential of the home once refurbished. “Be conservative in your final value estimates,” Jones recommends, noting that the home market is changing frequently.

Of course, for a property that you want to live in, profit margins are less crucial — but you still want to know that you’re saving money by buying a fixer-upper. Otherwise, it is preferable to avoid the hassle of repairs and instead purchase a readymade property.

Major structural repairs, particularly those that could postpone your move, could be a deal breaker for most purchasers, according to Jones.

“Heavy repairs are usually structural or foundation repairs, soil grading, roofing, rerunning utilities, septic systems, a full rehab of the interior structure, and so on.” Items in this category necessitate the use of specialists and bigger crews equipped with heavy equipment to repair.” Depending on the scale of the job, he thinks that the expenditures could approach $50,000.

In a state like California, where fixer-uppers sell for hundreds of thousands of dollars less than comparable turnkey homes, the investment may be worthwhile. However, in lower-cost markets, it’s probably advisable to avoid it.

Older homes, of course, are more likely to require major structural repairs or mechanical system modifications than newer ones. Fixer-uppers are classified as pre-war (built before 1940) or post-war (constructed after 1940), according to Lukasz Kukwa, a real estate counsellor in New Jersey (built between 1940 and 1960 or later).

“Pre-war homes may have a lower selling price, but they will require more maintenance and investment to bring structural aspects up to modern-day norms and codes,” Kukwa explains.

He observes that pre-war homes were built differently, not only in terms of building materials, but also in terms of housing layout. “At the time, the overall intention and function of the home were different. “Renovating or altering an original layout without addressing the flow of the home typically results in a confined and unsuitable area for today,” he explains.

He suggests examining the home’s footprint and evaluating whether the arrangement within the building may be changed to improve the overall functionality of the residence.

If you have the opportunity and the ability to repair a pre-war property to current standards, it may be an emotionally and financially satisfying project. It can, however, be a significant undertaking.

The most value can be added by cosmetic repairs.

Small cosmetic fixes, in addition to ensuring the home has a strong, practical plan and no severe structural or mechanical faults, can add the most value to your home – both as an investment and as a location where you want to spend your time.

“It’s better to look for fixer-uppers that only require aesthetic renovations like cabinet refinishing, siding repairs, or wallpaper removal,” Johnson advises. He says he hunts for properties with “great exterior curb appeal but outmoded inside design.”

Jones adds that cosmetic fixes, such as carpeting and flooring, outlet covers, paint, and trim, can frequently cost less than $10,000 yet increase a home’s desirability now and in the future.

Everything Depends on Location

“When it comes to fixer-uppers, location is everything,” adds Johnson. “Even a fresh coat of paint and new hardwood floors won’t make a property on a busy street across from a sewage treatment facility appealing.” It all boils down to locating a neglected house in a desirable community that can be brought up to code.”

“After you include in expenses, if you’re spending more than you expect to earn back when you sell the house, you probably shouldn’t buy it,” he says.