Can You Ask Coworkers About Their Salaries?

If you’re nervous about asking for a raise or worried that you’re making less than someone who does the same job as you, stumbling into a conversation about salary won’t make you popular at work. There aren’t many topics that are more sensitive, tricky, or delicate than this one. If you want to talk about it with a coworker, you’d better have a plan.

There’s no rule that fits everyone.

When it comes to money, the right thing to do depends on the friendship.

“Asking a coworker about salary depends on how well you know that person,” said Elizabeth Keatinge, a certified personal finance counsellor and the founder of the website FundsSavvy.com, which helps women improve their finances. “It’s okay to ask a coworker for information in a polite way if you know them well and are friends outside of work or even if you get along well with them at work.”

Maggie Tucker grew even more in her roles as vice president of marketing for InterContinental Hotels Group (IHG) and co-host of the financial podcast Friends on Fire.

She said, “Go for it if it’s your best friend and you tell each other everything and you have a good reason to want to know.” “But if it’s someone you don’t know or trust very well, that’s not something you should talk about with a coworker,” they said. 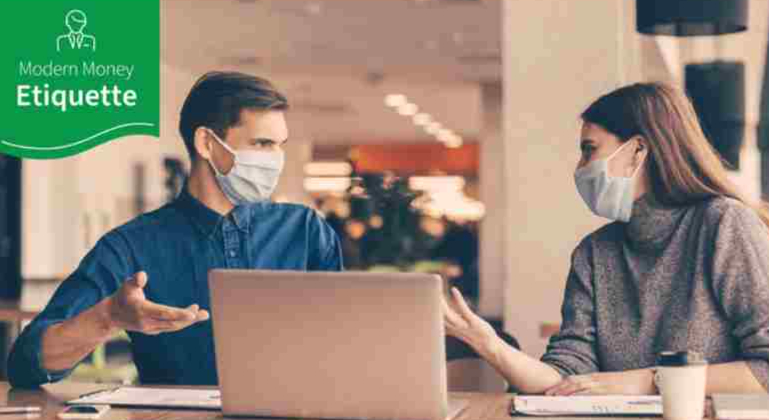 Have a good reason why you want to know

Tucker said, “You should know why you’re asking and what you plan to do with this information.”

“Never ask about salary numbers just to find out,” she told him. “Start the conversation by politely gathering information. You can start by telling them about your worry and personal situation and asking for help. Start the conversation by making it clear to the coworker that she doesn’t have to talk about the topic if she doesn’t want to. If your question is real, it will be taken as such, and you can hope that the trust you’ve built with your coworker will lead to an open and private conversation.

A lot of it has to do with how it’s said.

“Tell them something like, ‘I want to talk about my pay. If it’s okay with you, would you mind telling me how much you make? If you don’t want to share, I completely understand and respect that,'” Keatinge said.

Sometimes it’s best to not say too much.

Porter said, “Don’t ask coworkers for specific salary numbers.” “Instead, you can feel comfortable asking close coworkers about salary ranges if you’re worried about your own pay.”

Make sure you can deal with the answer and any drama that might come with it.

Often, the problem isn’t with how the question is asked. What you learn from the answer is what counts.

Tucker said, “You might not like what you find out, and it might make you feel unhappy and angry right away.” “A person’s salary is based on a lot of things, like how many years of experience they have and how well they do in their job. When a worker hears that a coworker makes more than they do, it’s hard for them to look at all of these factors without bias.

It could also cause brass to rub against it.

“It’s important to know that employers and HR don’t like it when you talk about your salary with coworkers, because it can often do more harm than good,” Tucker said. “Whoever you tell your salary to could use that information and your name to try to get a higher salary for themselves, and then people will know you told them. You just have to decide if you’re willing to take that risk.”

10 Unexpected Jobs You Can Do From Home

6 Incredible Perks of Being a Costco Employee

6 Lesser-Known Side Hustles To Earn Some Extra Cash