Difference Between Visa vs Mastercard | Which Is Better?

Most people who read this will almost certainly have a Visa or Mastercard credit card or debit card. Even though Discover and American Express both have cards in the United States, Visa and Mastercard are the ones that really rule the world. As the two biggest players in the world’s payment industry, there are some key similarities and differences between Visa vs  MasterCard.

What do Mastercard and Visa do?

Visa and Mastercard run digital payment networks that are used by economies all over the world. The Nilson Report says that the two of them processed a total of $7.4 trillion worth of payments in 2021, which brought the total number of cards in use to several billion. They work with billions of merchants around the world and are connected to millions of them.

Visa and Mastercard are not card issuers, as most people think. Instead, they help make payments on their networks. Both companies work with big organizations like banks, credit unions, governments, and companies that give out cards that can be used to buy things. Co-branded cards are what these are. 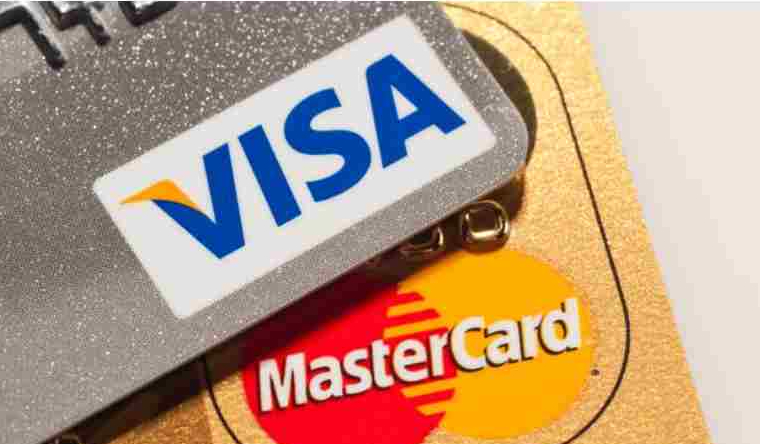 What makes Visa and Mastercard different?

Even so, Visa and Mastercard have a few small differences in what they offer for credit cards, which we’ll talk about next.

How do the benefits of Visa and Mastercard compare to each other?

Visa and Mastercard both offer three types of credit cards:

Here’s a list of what each service usually offers as part of its basic and premium plans.

What do you get with a simple Visa or Mastercard credit card?

Visa’s basic credit card is called Visa Traditional, and Mastercard’s alternative is called the standard Mastercard. Each one comes with the following benefits:

What do Visa and Mastercard’s premium credit cards give you?

The Visa Signature and Visa Infinite are Visa’s best credit cards. The World Mastercard and the World Elite Mastercard are Mastercard’s best cards. Here’s what’s good about each:

Should You Choose Mastercard or Visa?

Even though Visa and Mastercard both list the benefits of their cards on their websites, this doesn’t give a full picture of what each card has to offer. Visa and Mastercard do not make their own cards; instead, they work with companies that do. Because of this, each card will have its own set of benefits.

Consumers should look around to find the best deals on credit cards from a bank, credit union, or other institution that meets their needs. When choosing a debit card or credit card, you should think about fees, insurance, cash back, discounts, and other perks.

Does Mastercard get used more than Visa?

On its website, Mastercard says, “No card is used more around the world than Mastercard.” This seems to be true, at least in part, because it works in 210 countries and territories while Visa only works in 200. But Visa has said that it works with more than 70 million merchants around the world, while Mastercard hasn’t given any numbers.

Visa and Mastercard are accepted by almost all stores in the U.S., which is close to 100%. Both have access to 2 million ATMs that can be used anywhere in the world.

Visa or Mastercard? Which is better?

Visa may have a few credit card benefits that are better than others, but it’s probably not enough to make you switch banks. There aren’t many places on Earth where you can’t use either one, and the benefits are mostly the same for both.

Instead, people should look into the perks and benefits that a bank or other institution gives with its cards to find the best overall deal. Account fees, surcharges at ATMs, and interest rates are all important things to think about on top of the usual Visa or Mastercard benefits.

Who Pays for Credit Card Rewards?

A Guide to the Hyatt Business Credit Card World