How Much Do Flight Attendants Earn Per Year?

Flight Attendants Earn Per Year: Being a flight attendant may appear to be a dream job for someone who enjoys flying, particularly by plane. They are compensated for flying around the country — or the world. The question is, how well are they paid? Read on to learn more about the salary of a flight attendant.

How Much Do Flight Attendants Earn Per Year? 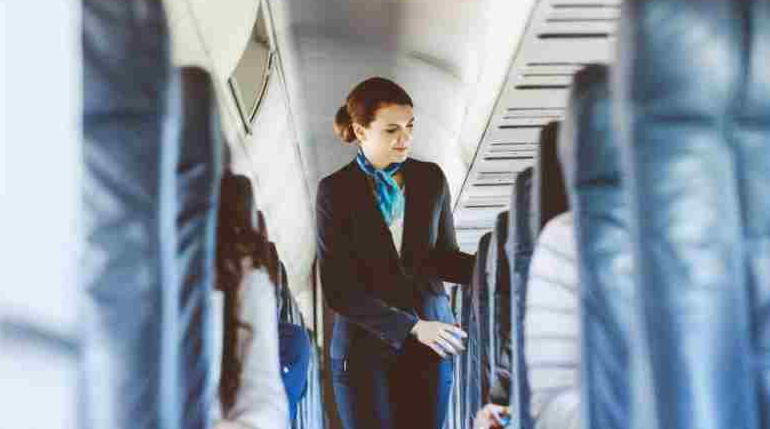 A flight attendant’s salary is affected by a number of factors. Some of the most important factors are listed below.

To become a flight attendant, most airlines require only a high school diploma, but they must be certified by the Federal Aviation Administration. Emergency landings, evacuations, and medical emergencies are all covered by the certification.

Flight attendants must also be trained for each type of aircraft on which they work. The more types they are taught, the more valuable they are thought to be. This can result in higher pay and more opportunities.

Being a flight attendant entails providing passengers with customer service. As a result, most airlines require applicants to have prior experience with some level of customer service. This could be a year or more of working in retail, restaurants, or sales. Even if it is not required, such experience may result in a higher starting salary.

The length of time you work as a flight attendant can also have an effect on your pay. The more experience you have in the industry, the more raises and bonuses you should receive.

Working in a major city usually means a higher salary. A flight attendant in New York City, for example, will typically earn more than one in Alabama.

The airline will also influence how much a flight attendant earns. Glassdoor provides salary estimates for several airlines, including:

Are There Any Other Benefits?

Additional benefits are available to flight attendants, but they vary by airline. The following are the most common benefits:

Flights are either free or discounted.

Most flight attendants receive free or discounted flights for personal travel. This frequently extends to family members as well.

Many airlines offer retirement plans and health insurance to flight attendants and their families. The specifics will be determined by the airline.

Most airlines reimburse flight attendants for food expenses incurred between flights. This can be beneficial because it allows attendants to sample local cuisine while they wait to return to work.

Flight attendants frequently stay in hotels in between flights. Fortunately, the cost of the room is not deducted from their checks because the airline covers it.

Is it worthwhile to work as a flight attendant?

Other factors to consider include being away from home for extended periods of time. Even when not on a flight, flight attendants may find themselves in another state for days waiting to return to work. This can be exciting for those who enjoy traveling and exploring, but it can be difficult if you have a family you miss.

Another factor to consider is the changing world. Travel bans can have an impact on the airline industry at times. The Bureau of Labor Statistics forecasts a 21% increase in demand for flight attendants between 2021 and 2031, but demand is subject to change.

Overall, being a flight attendant can be a great job if you enjoy traveling, working with people, and don’t mind being away from home. The pay and benefits make it a worthwhile career.

How To Prepare To Take on a Side Gig

How To Make Money on Airbnb

What Is Airbnb and How Does It Work?